Every town has its quirks, its oddities, its landmarks, its history, the things that make it stand out from the crowd. San Francisco has the Golden Gate Bridge, Seattle has its coffee, and New York, well it has its New Yorkness. Gilbert, Arizona, our own dot on the map, is no exception. And here are 5 things to prove that while we may not have the fame and glory of a New York or San Francisco, we still have a lot to be proud of.

And there’s one other interesting fact about Gilbert’s growth spurt – it has never changed its official designation from town to city. So at 229,000 people, Gilbert is the nation’s most populous town. If we keep growing, they’ll have to give us a bigger dot on that map.

Gilbert has a seriously low crime rate for a town of its size and growth rate. In fact, it’s so low that the FBI declared it the largest town with zero murders in 2005. It’s consistently the safest place to live in the entire state of Arizona, and among the top 25 safest places to live in the country.

Now, perhaps it’s Gilbert’s fast growth, or perhaps it’s just a quirk of nature, but we have some serious pop culture connections. The Miss Arizona who went on to become Miss USA in 1980 calls Gilbert her hometown, while 2008’s Miss Arizona does, too. Jim Bechtel, the World Champion of Poker in 1993, also lives here.

Over a dozen professional athletes, from sports as varied as professional wrestling to ice dancing, either hail from Gilbert or currently reside here. And then there’s the musicians. Gilbert is either hometown for, or hometown from, members of Linkin Park, Lifehouse, Scary Kids Scaring Kids (SKSK) and Jimmy Eat World. (How’s that for diversity?) And let’s not forget to mention the “hip hop violinist” of America’s Got Talent fame, Miss Lindsey Stirling. Yeah, Gilbert’s got culture.

GoDaddy (yeah THAT tiny little tech company) is headquartered in nearby Scottsdale, AZ, but thanks to the founder’s determination to keep GoDaddy firmly on American soil, Gilbert is home to a call center for the company. The Gilbert call center opened in 2005, and employs about 1,000 people. Oddly enough, though, the town chose to go through the federal government’s GSA’s domain server instead of the world’s biggest domain server sitting right across town. The price you pay for a .gov, I suppose….

Interesting Fact #5 – We’re Not All Deserts and Cacti

The usual mental image of Arizona is hot, dry, dusty deserts filled with cactus and sagebrush. But not so here in Gilbert. We were once known as the Hay Capital of the World, for the amount of hay and other agricultural products produced here. And then there’s our unique water treatment and reclamation project – the Riparian Preserve. This “water ranch” consists of treated wastewater that’s been put back into the ecological system through a series of basins. These basins attract a great deal of wildlife – over 200 species of birds, as well as fishermen and other folks out to enjoy a lovely walk through the lush environment. So, while you may think we only have sand and sun to offer, think again.

Gilbert is a growing, vibrant community poised for further growth and future expansion. We’re not some dry, old dusty town settled along our railroad tracks. In fact, we’re much more interesting than that. 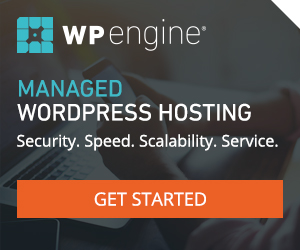 Is Internet Marketing Effective for Businesses?